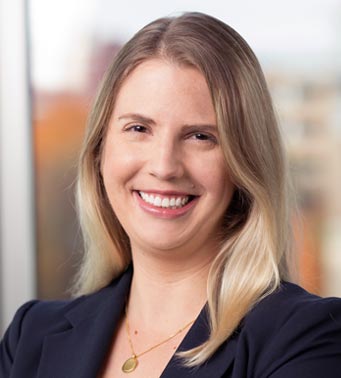 The International Women’s Insolvency and Restructuring Confederation (IWIRC), the premier international, networking and professional growth organization for women in the restructuring and insolvency industries, announced the 2020 semi-finalists for its 10th Annual Rising Star Award. Roberts & Stevens attorney Elizabeth Tramm Dechant is one of five semi-finalists from around the world.

“I’m honored to be included in this group of impressive women,” says Dechant. “The recognition is particularly meaningful to me given that it comes from IWIRC. Through IWIRC I’ve met many women working in the bankruptcy and financial restructuring areas who have contributed to my development as a bankruptcy attorney.”

IWIRC connects women worldwide through a global membership of more than 1,500 attorneys, bankers, corporate-turnaround professionals, financial advisors and other restructuring practitioners. The organization established the Rising Star Award to recognize and honor members of IWIRC who are relatively new to the restructuring industry but have made a marked difference with their involvement and achievements in IWIRC at the local, national and/or international level. Dechant is a current member of the Carolinas Network of the IWIRC.

Dechant focuses her practice on creditor representations and aiding in the administration of individuals’ and businesses’ bankruptcies through her work with one of the local chapter 7 trustees and as a subchapter V trustee herself. She also represents individual creditors in bankruptcy cases. Now, more than ever, this work is important to our communities.