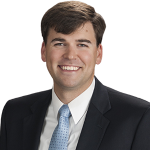 Attorney John Noor was featured as a guest columnist in the October 2, 2015 edition of the Asheville Citizen-Times newspaper.  His article is entitled, “How do we address sexual violence in the digital age?” and focuses on House Bill 792, which will “criminalize the distribution of sexual images without the depicted person’s affirmative consent, allow victims to recover up to $10,000 for unlawful disclosures, and authorize courts to destroy the illicit images.  Additionally, the law supports low-income victims by permitting courts to require the perpetrator to pay a victim’s attorney’s fees.”  The full text of the article can be found at the links below.