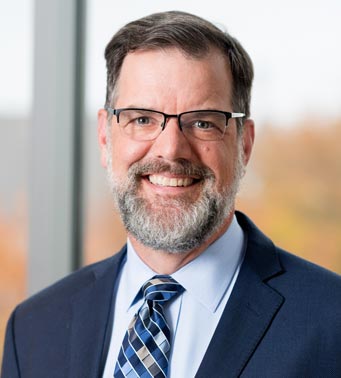 At its spring board meeting, the Warren Wilson College Board of Trustees elected Roberts & Stevens attorney Lach Zemp as its new chair. Zemp has been a member of the college’s board since 2015, and has previously served as chair of the Presidential Search Committee and vice-chair of the Board during his tenure.

“Warren Wilson College holds a special place in the landscape of higher education, enhancing its excellent academic programs with hands-on work experience and an ethos and expectation of service to the community—all from its beautiful campus in the Swannanoa River valley,” said Zemp. “I could not be more pleased to work with President Lynn Morton and a diverse, talented, and national Board of Trustees as Warren Wilson College continues to strengthen its century-long legacy.”

Located in Swannanoa, North Carolina, Warren Wilson College is a private liberal arts college known for its curriculum that combines academics, work, and service. It was named one of the top 20 “Best Buy” colleges in the U.S. for 2021 by The Fiske Guide to Colleges. “Best Buy” schools are colleges and universities that, in the judgment of the editors, offer “outstanding educational value as determined by academic quality in relation to the net cost of attendance.” Warren Wilson is one of only 10 private colleges to make the list.

Warren Wilson College started as the Asheville Farm School in 1894 after its property, situated along the Swannanoa River, was purchased by the Women’s Board of Home Missions of the Presbyterian Church in hopes of providing a proper education to Americans in isolated areas. In 1942, Asheville Farm School merged with the Dorland-Bell School in Hot Springs, N.C., to become Warren H. Wilson Vocational Junior College and Associated Schools. It was named after the late Warren H. Wilson, former superintendent of the Presbyterian Church’s Department of Church and Country Life. It remained a junior college until 1967, when it became a four-year college offering six majors. The school—now offering 44 areas of study—remains dedicated to a curriculum of “learning by doing.”

Zemp has 30 years of experience as an attorney, trying cases and representing a variety of professional, outdoor recreation, industry and business interests in state and federal courts.  He has developed expertise in crisis response and management as part of his representation of trucking companies, summer camps, zipline companies, whitewater rafting companies and a variety of other outdoor-based industries.

More information on Warren Wilson’s Board of Trustees can be found here.